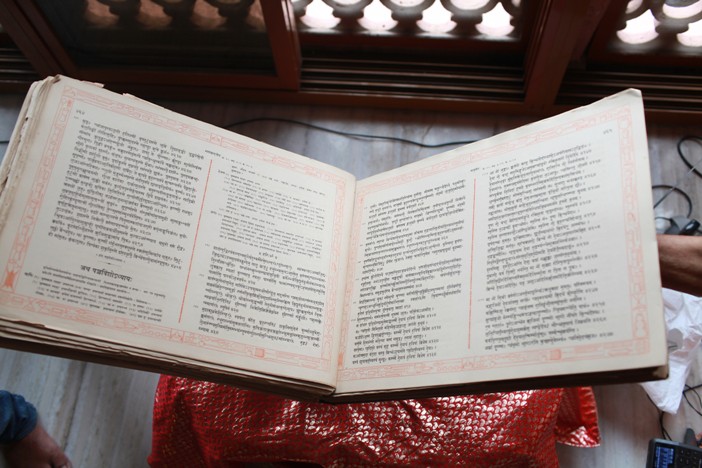 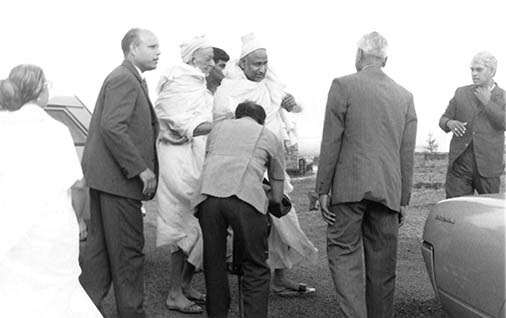 On 17th of April at 8 pm, Gurudev and the others arrived at the Nairobi airport and were welcomed by the representatives of the

Hindu Community  of Kenya  who were from more than 45 Organisations.

It is worth mentioning that Kenya has a large Hindu population.

Currently there is a disturbance in the country for which the Hindu community is extremely  worried about.

Nearly 60,000 Hindus have had to flee from Uganda therefore the Hindus in the East of Africa are also concerned and

constantly remain under pressure and their minds are disturbed regarding the political environment.

One cannot predict what the  government would do in the near future.

From the airport Gurudev were taken to the residence of a local business man named Shri M.D. Bharadwaj where

He stayed for three days along with the entire accompanying group.

Shri Bharadwaj is a proficient Sanskrit Scholar, very learned and is a Dharma Premi person.

He was most accommodating and helpful for all the three days of our stay at his residence.

and encouraged everyone to spread the awareness of the Vedas and its teachings. 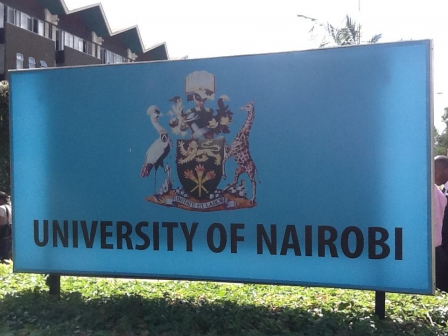 On the morning of 19th April Gurudev installed BHAGWAN VED at the Nairobi University.

On this auspicious occasion the library and the galleries were packed with a huge crowd of local people wearing their colourful native dresses .

There were people from other communities and several students also were there.

This ceremony was a novel and unprecedented event witnessed by the African students and they were very impressed and encouraged.

They all unanimously  hailed Gurudev in a loud voice to felicitate and  welcome Him.

Shri Dada Apte of the Vishwa Hindu Sabha at the outset spoke on the Vedas and the importance and its relevance in today’s day and times.

He addressed the students and teachers present that day and requested them to adopt the lofty ideals of the Vedic teachings in their life. 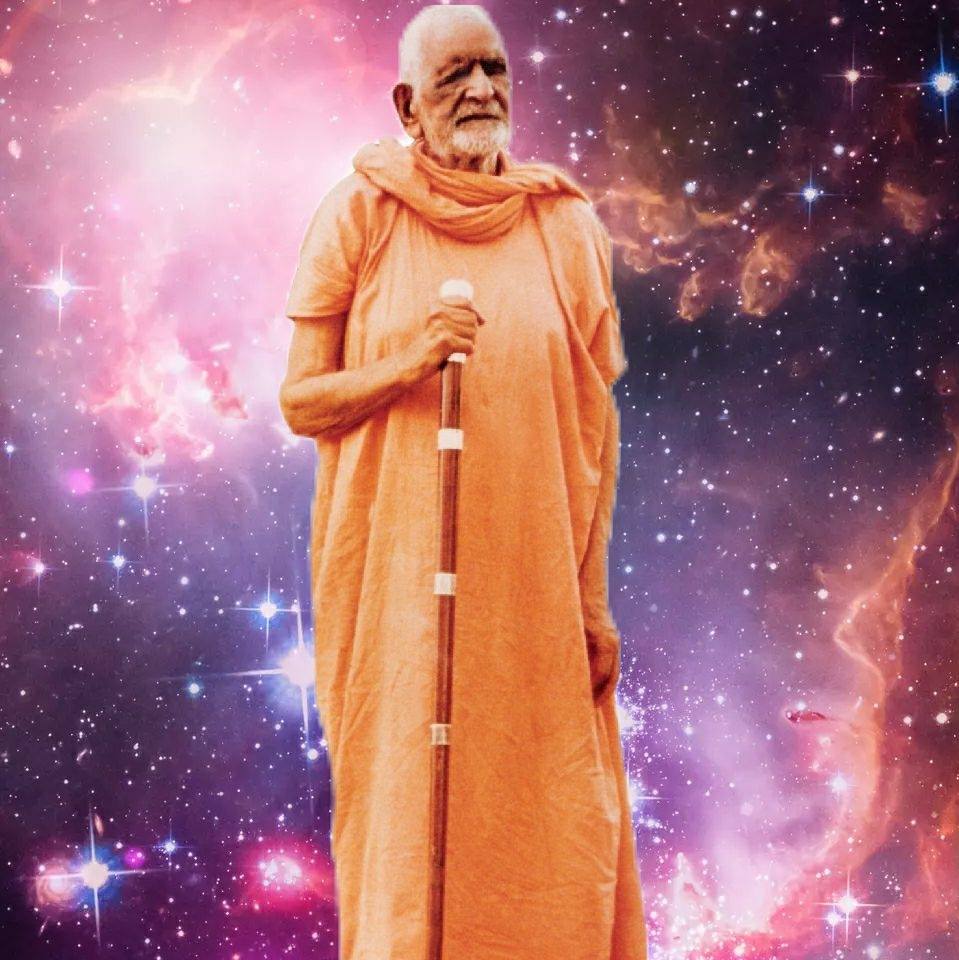 Gurudev’s life and encouraged them  by citing the accomplishments of Gurudev.

He would now be a burden to the family ,society and to the country.

But as we can see today that He is present amidst you all as spiritual guide and as a role model पथप्रदर्शक.

This is because  of the grace of His Guru and His own hard work, continuous and intense studies, Sadhana and resolve.

He has proved to be most useful not just for His own society and country but for the entire world.

His Guru taught Him Yog sadhana and the Six  Oreintal Schools of Philosophy  षटशास्त्र which He mastered and acquired profound knowledge.

It was His Guru’s wish and command that the Vedas and their teachings should be shared with the entire world and Gurudev has successfully obeyed His Guru.

He has presented BHAGWAN VED to all Mankind.

worked hard to be useful to the world.

Gurudev gave a flower to each one of the students as a symbol of blessing.

On 19th of April Gurudev gave a Pravachan at the ‘Deen Dayal Memorial Hall’ which was attended by the members of the Hindu community and organisations.
Gurudev asked them to follow the adage of –

Our mind, speech and  action — मनसा , वाचा, कर्मणा  all three should be in sync and one should  live life abiding by  this adage.

Not that we say one thing and do another thing and think of a third thing!

.Among the audience were people from various cultures and some had even come from the neighbouring cities of Nairobi.

Gurudev also visited the most ancient and famous ‘Arya Samaj Samastha’ where He had been invited.

of the Vedas during the last century.

He applauded the social service rendered by the Arya Samaj community to Indians residing abroad. 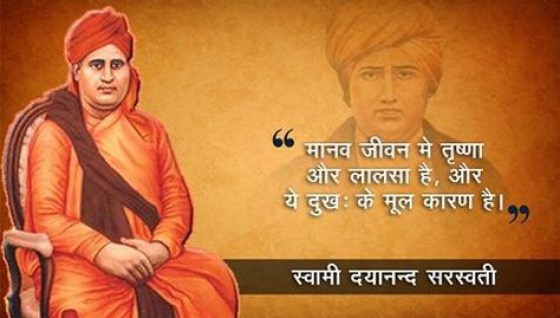 He was  a renowned scholar in the Vedas and Sanskrit language.

Denouncing the idol worship  and ritualistic worship prevalent in  Hinduism at the time, he worked towards reviving Vedic  ideologies. Subsequently,

the philosopher and  President of India S. Radhakrishnan called him one of the “makers of Modern India”, and so did Shri Aurobindo.

Dayananda’s “back to the Vedas” message influenced many thinkers and philosophers the world over.

Dayananda Saraswati wrote more than 60 works in all, including a 16 volume explanation of the six Vedangas.( the six limbs of Vedas).

.Among Maharshi Dayananda’s contributions are his promoting of the equal rights of women, such as the right to education and reading of  Indian Shastras ,

and his commentary on the  Vedas from Vedic Sanskrit to Sanskrit as well as in Hindi.

On 20th April was ‘Ram Navami’ and since it was the last day of the stay in Nairobi  the programs were attended by a large number of  people.

Gurudev spoke at the following  places—

On 21st April left for London with all those accompanying Him. 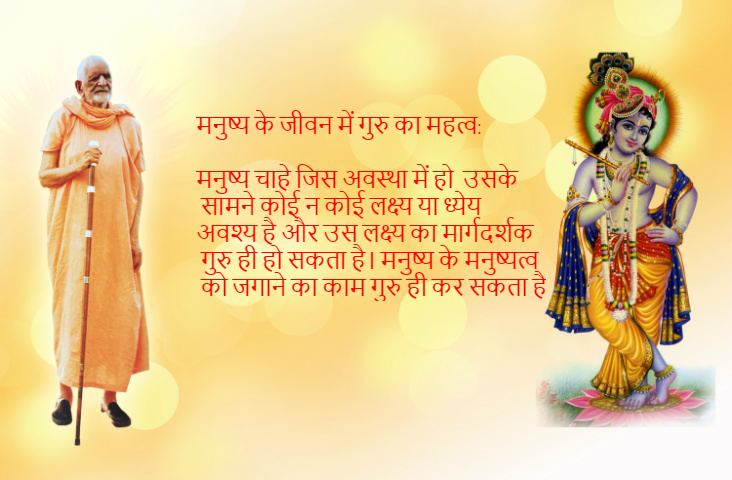