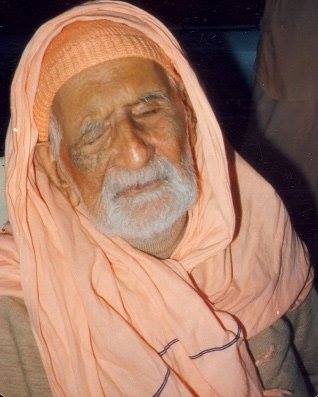 A Unique Saint of the Century 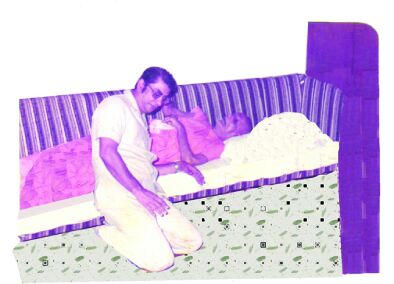 It was past midnight. Winter had set in Quetta. Covering themselves with warm thick woolen blankets and rugs, everyone was cozy and sleeping in the bed, except one person, who was brooding about his life, in the police lock-up. What a turn life had taken suddenly. Sometime back, he was a civil surgeon in a hospital, had a beautiful bungalow, servants and influential friends. Today he was in the police lock-up with no hope of getting released. He had been charged with negligence in the abortion case of a British woman. In the meantime, Pakistan came into existence. British left the country. His case was yet to come up in court. What could he do now?

He had no alternative except to pray to God and Guru in whom he had tremendous faith. He went to sleep and now it was about 3.00 a.m. “Dev, Dev get up and get ready to go out!” He heard a voice. He opened his eyes, but there was no one in the room. Was he dreaming? “Dev, get up quickly and get ready”, the sound repeated itself. He got up, the sound was familiar, but still nobody was there. He was wondering, in the meantime he saw an officer, opening the lock of the room, and getting in. ” Doctor sahib, take these clothes and quickly change yourself and go out”, he said in a hurried voice. “Your wife is waiting outside in a jeep. As soon as possible, leave this city and the country”. Doctor Dev thanked God, came out, left town and reached India via Karachi.

The sound that had warned Doctor Dev and helped his rescue was that of his Guru, Swami Gangeshwaranandji’s. The same sound had advised his wife to go to the police lock-up with some money on that night and get her husband released. 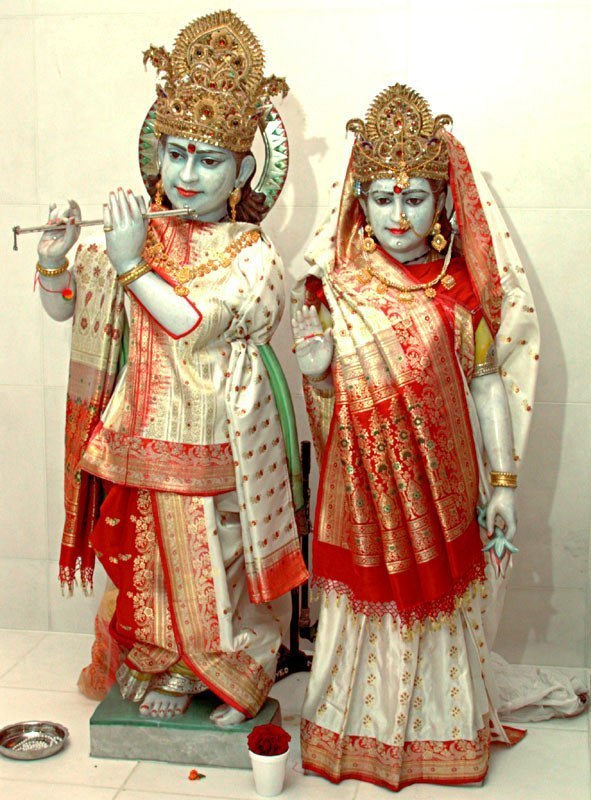 The life of Swami Gangeshwaranandji Maharaj is full of such episodes. Swamiji was born in a devout Brahmin family in Punjab. Surprisingly, at a young age of 5 years, he had a vision of Lord Krishna, but soon thereafter he lost his eyesight. His parents left him under the care of a saint, Swami Ramanandji.

He advised him to recite the name of Lord Vishnu and Gayatri mantra. He took to this very seriously and spent almost 18-20 hours a day, reciting the name till he received the blessings of five Gods, namely, Lord Vishnu, Lord Shiva, Lord Ganesha, Devi and Sun God. He succeeded his Guru as the 17th head of Udaseen sect, which had lineage from Sant Kumar, son of Lord Brahma, the creator. Ud-aseen means near or merged with God. Swamiji used to say “in the normal case, a disciple serves the Guru; in my case it was reverse”. Seeing his divine qualities Guru Ramanandji gave him two boons.

The first one was regarding Learning. Guru told him “Whatever others would learn in one month, you would master the same in one day”. Secondly, “Whenever you are studying scriptures, there could be a doubt about the meaning.

At that time, meditate on the author, he would come to you and explain the true meaning”.   After mastering the scriptures, at the young age of 27, Swamiji traveled all over the country to propagate values of Hinduism. He believed that by doing Good Deeds one could come near God. He had the blessings of Goddess Saraswati and could quote from scriptures narrating the verse number, page number, by whom and   in which period a verse was composed by the author! Everyone was spellbound, Swamiji attributed all this to the blessings of his master.

Although Swamiji was a treasure of knowledge and a moving encyclopedia of Hindu religion, in his heart of hearts, he was a devotee of Lord Krishna. Krishna’s love overflowed from every nerve of his body, even in sleep, he recited the holy name. Whenever he spoke about the childhood plays of Lord Krishna, the narration was such as if he was witnessing the same himself. He told us “In his childhood, Krishna used to be up to some mischief all the time. He used to steal butter and enjoy eating it along with his friends. However to avoid blame, he used to give a part of the butter to the monkeys. When the Gopis came home, they found butter spread on the faces of monkeys and thought it was their mischief . 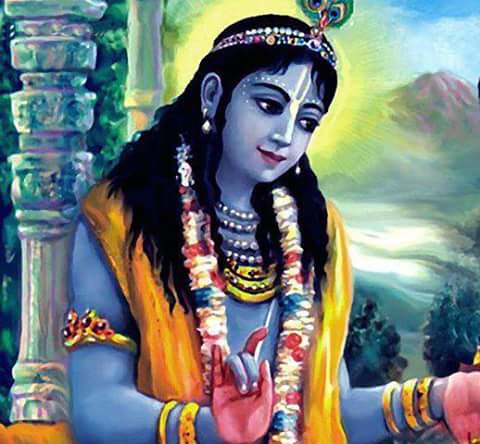 Krishna’s mischievous nature has still not changed. He is responsible for all my deeds, but as in the case of monkeys, the people think I am doing it”.

He was a saint away from worldly things- with no attraction for wealth or fame. He had no intention to build an ashram, but one does not know how, at the

proper time, inspiration and exact amount of money came for the purchase of the ashram at Vrindavan. As the time passed, the other ashrams came up at

and dedication that made things happen on their own.

He had a super memory. His lakhs of disciples were spread all over the world. One had to only go   near him and utter the word Swamiji, Guruji, Satguru, etc.

He would recognise the voice and inquire not only about the welfare of the person, but of all the members in the family, recalling each one’s name!

“How are you my child, dear sister, dear mother,” he used to inquire and bless the person with the tap of his hand on the back. His ever loving and

caring nature can never be forgotten by his disciples. Surprisingly each one thought that Swamiji loved and cared for him the most! 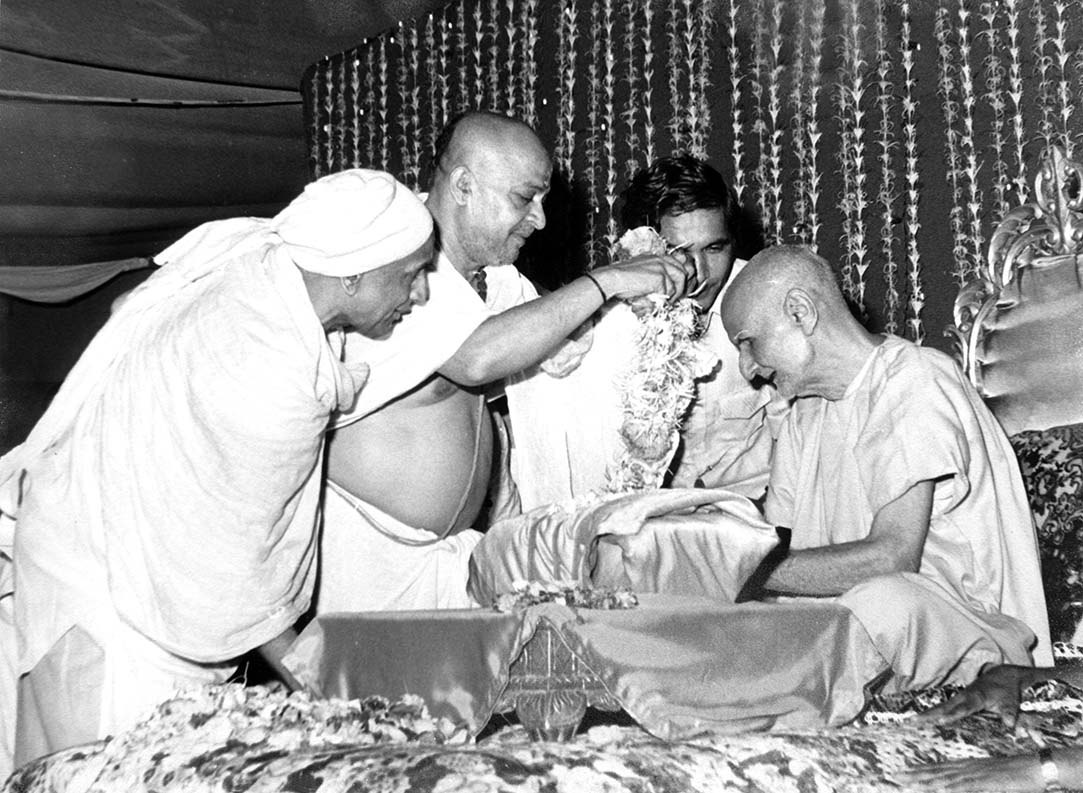 Swamiji had close relationship of brotherhood, love and respect with many saints of his time. Notable among them were Anandmayi maa, Swami Shivanandji,

Swami Premprakash and others. His teachings combined the wisdom of all Hindu scriptures. His life was the confluence of Gita’s three values of Knowledge, Work and Devotion.

He had the wisdom of Aurobindo, the enthusiasm of Vivekananda, the devotion of Chaitanya Maha Prabhu, and the divine powers of Ramkrishna Paramahansa.

He was full of patriotism. When efforts were being made by the British to create a divide between Sikhs and Hindus, he pacified Sikh leaders explaining that

Guru Nanak’s ancestors used to recite the Vedas. Even the 10 th Guru, Gobind Singh was an ardent devotee of Lord Krishna, Mother Amba and Lord Shiva.

Whenever the nation faced a calamity, Swamiji sent assistance in the form of cash and  kind and services of his disciples. Leaders of the country, namely,

to meet him for guidance, inspiration and blessings. With K.M. Munshi, he was instrumental in founding Bharatiya Vidya Bhawan, an institution involved in

the spread of Indian culture, values and spiritual knowledge in many places around the world. 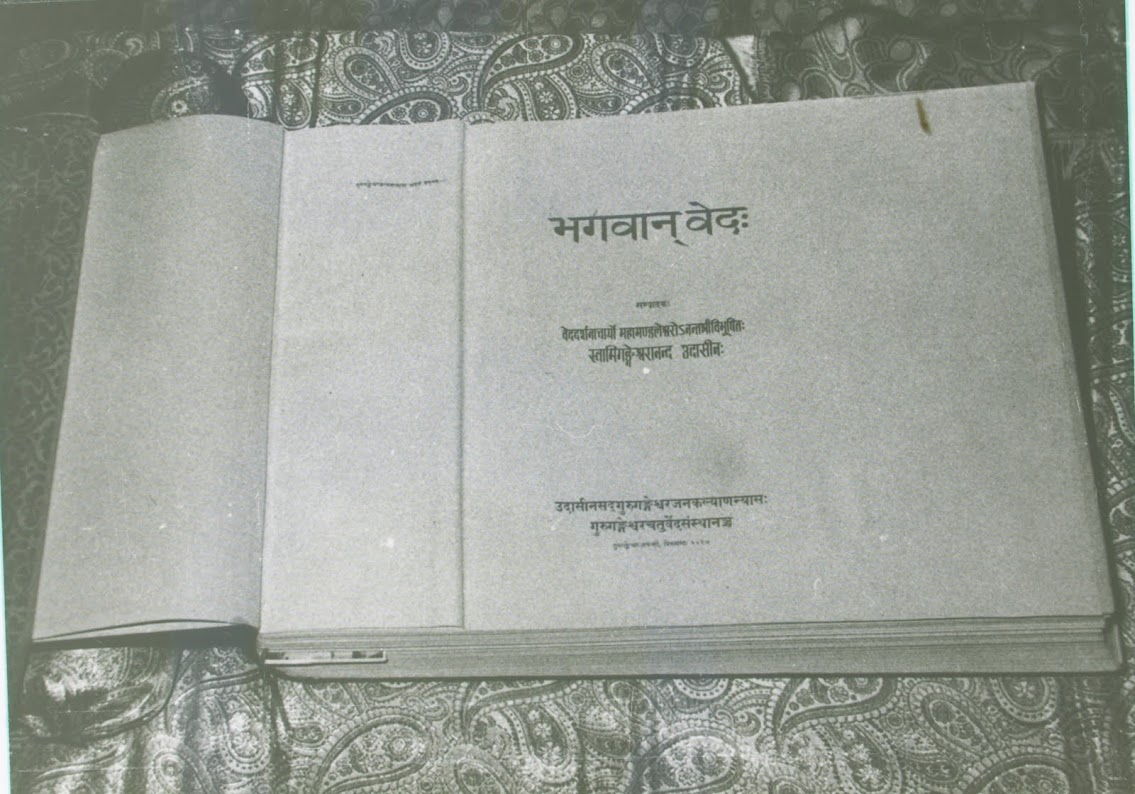 The biggest contribution of  Swami   Gangeshwaranandji Maharaj towards Hindu religion in particular and humanity at large, is the compilation of all

the four vedas in a single book form called “Ved Bhagwan“. Vedas, the oldest scripture of Hindus in the world, were told by Lord Vishnu, to Lord Brahma,

enabling him to create the world. These verses were passed on from one Rishi to the other through recitation. Over the period they got scattered all over the place,

and some of them got lost. Through meditation, some rishis had vision and they were regained. Some of them got printed in different books/booklets and

reached the western world. However no authentic version of all four Vedas was available in one book form. At the order of his Guru, Swamiji started the

compilation work, when he was over 80 years old. It was an ardent task. It involved the collection of verses from thousands of sources, some even written

on palm leaves, or engraved in metal, but mainly preserved through recitation from one generation to other.

With the assistance of more than 2500 Vedic scholars, authors, reciters, books and untiring efforts, the job was completed. One thousand copies

of Ved Bhagwan were printed in a new press, on sanctified paper and cloth. At the age of 95, Swamiji started the sthapna, initially in all important

Afterwards, he made long trips to Africa, USA, Canada and Europe, including the Vatican to install Vedas in universities and places of worship.

Wherever people of Indian origin were present, he established Ved Mandirs. This he continued till the ripe age of 111 years! Wherever he went,

he got a good reception. He had interaction with religious leaders in other countries. He spoke about the values of the Vedas and their relevance in

modern times towards peace and prosperity of mankind. His vast knowledge, humility, and love towards all, attracted many people. 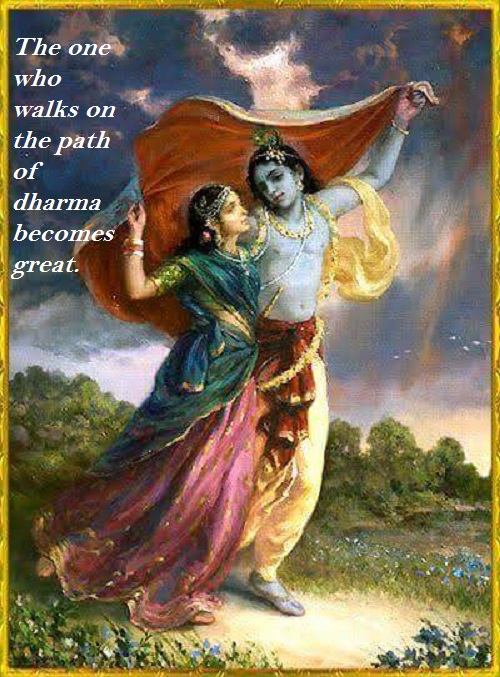