IS THE LORD BENEVOLENT OR IS HE JUST ?

IS THE LORD  BENEVOLENT OR IS HE JUST? 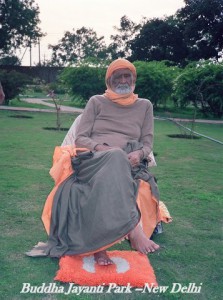 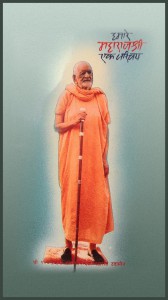 Our  Maharaj  Shri- An   Introduction. ( Excerpts from the Book)

There was a large Conference of all religions in Simla in the year 1938.

Learned people from all over India had gathered there. At the request of Professor DayaliRam our Maharaj Shri- Swami Gangeshwaranandji also participated in the conference.

Many speeches had been given at  the meeting  and there seemed to be an issue that could not be resolved during the conference. Is the Lord Just or is He benevolent?

People of all religions, be they Hindus, Muslims or Christians all seem to agree that the Lord is indeed BOTH. How to prove the two opposite traits was the issue.

A Benevolent Lord sometimes overlooks the fault of his devotee and pardons him.

How can we call Him ‘Just’ in that case?? 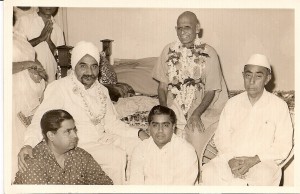 Sometimes  a Just Lord  has to punish  the one who is at fault. Can we call Him ‘Benevolent’ in that case?

Imagine that there is a case of murder in the court .The accused is a learned, humble and an educated young man. If the judge pardons such a person he can be accused of being unjust.

If he is punished then there will be no forgiveness for  the young lad .

Just as darkness and light cannot coexist, forgiveness  and justice  cannot go hand in hand. The same allegory is for the Lord.

Priests, Pandits and Maulvis were all questioned on this one topic. None of the representatives of the different faiths were able to give a satisfying reply.

Professor DayaliRam then requested our Guruji to  throw light on this subject in the context of Sanatan Dharma.

Swamiji said-“This is not a real problem. Sanatan Dharma resolves this issue rather easily.”

“See,  a lady plays a role of a daughter to her father, of a wife to her husband and of a mother to her son and a sister to her brother.

These are 2 different emotions. Even then the same lady epitomizes all these different roles. On the surface the roles are  different BUT on enquiry of the root,

we find that all these different roles we see –are actually of one lady!

In the same way we can say that  the Lord is both Just and Benevolent.

There are two kinds of  people in this world-

For the one who is a Karma Yogi seeking to be blessed for his Karmas the Lord surely grants him his wishes as per his karma, just as  a labourer is granted wages for his hard work.

BUT the devotee who has  no expectation or desire to be rewarded by the Lord is like a son to HIM.

Just as a son who presses the feet of his father and fans him does not expect any favors or reward and even refuses anything by saying that he is a son and not a servant.

He tells his father that by  serving you I shall still  remain your son and not a servant who has to be paid for his labour.

In the same manner the devotee who has no wishes to be fulfilled by the Lord will  refuse everything. The Kind and benevolent Lord takes note of such devotees

and relieves them of all duties  that are binding and such people are called BHAKT VATSAL.(an affectionate devotee)

A cow loves her calf  and similarly  the Lord loves such devotees .It is a nature’s Law that the cow never eats the grass that has cow dung on it even if she has to go hungry.

That same cow will not hesitate to lick the muck  that is on the calf when she is born. The cow forgets that she never eats dirt  because  the love for her calf is greater than anything else.

The Lord surely  plays the part of being JUST to the one who does his karmas with expectation  and that  of  a BENEVOLENT in the case of his devout Bhakt.

Swamiji were thus able to explain this contradictory statement. 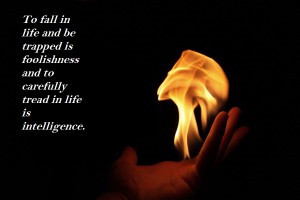