LOVE-–WHY IS IT THE MOST IMPORTANT DUTY OF MAN? 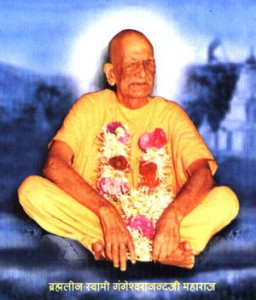 FROM THE BOOK ‘LEKH AUR UPDESH’  Compiled in Hindi BY SMT. DHIRUBEN PATEL

Today is Ekadashi and that too, during the Purshottam Month (Mal Maas). Why don’t we drink the divine nectar of the Lord on this holy day?

A human being’s life is as precious as a ‘Chintamani’ (a very expensive gem), not to be wasted as an ordinary piece of glass. The one who is devoid of the love for the Lord is doing just that.

It is a real misfortune for such a person, because though born with the body of a human being, he is wasting it like birds and animals. It is like slitting one’s own throat.

The creator of the Shrishti (world) has created many kinds of living beings. Many die and many are born everyday. Their existence is of no consequence or importance.

It is the human life that is of some value. Even Brahma was most joyous when he created “Man”. 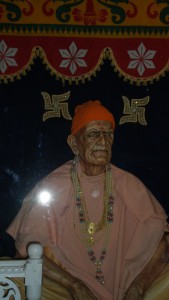 In the Bhagwat (Bh.11-9-28), it is said that Brahma created a variety of things—trees, crawling insects, animals, birds, fish and flesh eating animals. He was yet discontented.

Then Brahma with all His expertise created “Man”. He was very happy with this creation “Man”, for he would be able to love and know the Lord that resides in his heart.

He could merge himself in the Lord and know his true self.

If man does not flow in the love of the Lord even after being privileged with this birth, then he has no right to be called a man. It would be better to call him an animal.

Such a person would be a burden on this earth in the guise of a human.

Having attained this birth, the main duty therefore is to love God; everything else in life will naturally come in our lives once we become a receptacle of His love.

Generally everyone has the complaint that the mind is always wavering and since it is unsteady, how can that mind indulge in the love for God and do his devotional work

The mind never becomes one-pointed. It is its fickleness, restlessness that makes us unsteady. When the love of God awakens in our hearts

then the fickleness in our hearts  will evaporate like camphor.

Pigeons and other birds get frightened at the mere sight of the eagle and sit still and become part of the whole picture. Once the eagle (love) gets hold of you,

then the mind that is wavering and flying from here to there will stay put.

Kabir has explained this beautifully here: 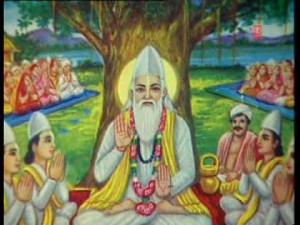 Your whole existence will make a somersault (kayakalp) once the love of Lord has gripped your heart! The eagle kills the bird by laying its claws on it but the

“eagle like claws of the LOVE for the Lord does not kill you, it merely changes your very being”.

Listen to what Kabir says—

The crow survives by preying on small insects but the Hans (swan) never kills anything. It just pecks on pearls to sustain itself.

sometimes for wealth and sometimes for food. At times man even satisfies his hunger pangs (Jhatragini—the fire that burns in the stomach that digests the food)

In spite of all this, man is still trapped like the crow with a wavering mind and thus he denies supreme peace to himself. He is not worthy of it.

In case the love of God surrounds him and taps him like an eagle, then the crow can become a swan in no time. By meditating on ‘Brahman’ he achieves extreme bliss.

The rising of love in the heart of the devotee sees the manifold changes in his life. He realizes that this birth is meant for devotion of the Lord and not for indulgence in frivolous things.

Son, grandson and wife are not the main aim of existence. The uniqueness of this love for the Lord is that the devotee surrenders his total life at the feet of the Lord.

He is able to realize the SAT-CHIT-ANANDA form of the Lord. The devotee by his intense dedication is able to make the Lord heed to all his needs—

is able to make the Lord his SEVAK. Did you see the strange effects of love?

The server becomes the Lord and the Lord becomes the server. This revolutionary change can happen only in the higher degree of love.

Those who achieve this climax or peak of love and devotion are able to make the Lord their Sevak.
Sometimes the Lord has to be born as a son to such devotees. We don’t have to go far to find an example as we can take a lesson or two from Yashoda. 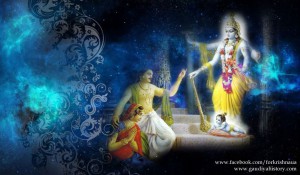 A devotee has said—“O! Yashoda, how can I praise your destiny? It is you alone who has traveled to all pilgrimages and accumulated merit (punya) by doing many good deeds.

Indra, Brahma and Shiva, all yearn for His grace and that “Brahman” has happily come in your lap as a son!”

This is the importance of love! It is with this true love that the devotee grasps the Lord. Actually there is nothing in this world that can bind Him as He is EVER FREE (sada-mukt).

Yashoda also caught hold of the Lord with her love. She is the ideal example for all women.

Some people yet have doubts regarding Devaki not getting the same importance as Yashoda. Devaki had given birth to Krishna after keeping Him in her womb for 9 months. 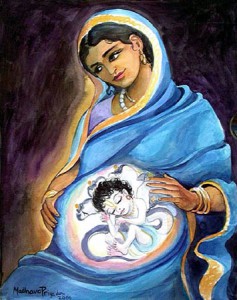 The mother who gives birth should naturally get a higher status.

We can solve this mystery with an example –

One person sows the seed .The gardener looks after it. When the tree bears fruit, it is relished by someone else and thus gets the most benefit.

We might think that the purpose of sowing the seed was to feed someone else!

Shukdevji was a learned scholar and a Jeevan Mukt (ascetic). In his vision there was no difference between a man and woman.

Once he went towards the jungle where a few ladies were bathing in the river. Seeing Shukdevji they were not shy of him and continued with their bath.

Just then, Vyasaji, father of Shukdevji passed by and the same ladies covered themselves with clothes immediately.

Vyasji was surprised and asked them why they were not shy of his young son.

They said- “Hey Rishivar Shukdevji is indeed a young child but he is a tattva gyani (the knower of the supreme truth). He is so engrossed in the thoughts of the Supreme

Brahman that he has no thoughts that differentiate man and woman. In you Vyasji the dichotomy of man and woman still exists, so we were shy of you.”

To summarize we can say that Shukdevji is forever lost in the thoughts of the one Devaki gave birth to: Krishna. Yashoda brought that same Krishna up.

The fruit (Krishna) brought up by Yashoda was adored by the Gopis, and staying at His feet they got the essence of unconditional love and Bhakti.

For this reason Yashoda is adulated more than Devaki and the Gopis more than BOTH of them.

This epic explains all the doubts.  He is also known for his commentaries on the Geeta. He too was caught in the throes of the love for the Lord and said:

“Those who are the believers of Advait and those who think that Advait Vedanta is the most supreme knowledge, acknowledge me and praise me.

My fame is not due to their praises but due to the studies I have done of Vedanta. There came a time when the Lord made me His servant.

It is alright to be a servant but it is better to serve the noble! The love of the Gopis has been responsible to make me a servant of the Lord.”

Here Madhusudan Swami is so swayed by emotions that he sometimes even scorns at the Lord!

This is the epitome of true love where one is able to make the Lord his friend with true love. We laugh and joke with our friends and get away with saying anything.

In the same way we can make the Lord our friend. 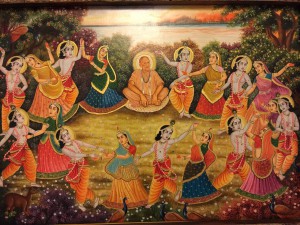 There are 4 paths to bring about this love:

Dasya Bhav_- (Emotion of service). On this path the devotee considers himself as a servant and the Lord his master.

Sakhya Bhav – (Emotion of friendship). On this path the devotee gets so attached to the Lord that He becomes their friend.

Those who were able to raise these emotions were Arjuna, Shridama and Sudama.

Vatsalya Bhav – (Emotion of maternal Love). In this emotion, the devotee makes the Lord his son and thus becomes a father and mother to the Lord! Yashoda is a good example.

Madhur Bhav – (Emotion of sweet Love). The greatest examples of this emotion are the Gopis.

Let us now throw more light on the Sakhya Bhav. Once, Krishna and Shridama were playing a game. In this game, one boy runs ahead and the other boy tries to catch him.

When the second boy catches the first, he is declared a winner. Shridama ran after Krishna but he was always dodged.

Krishna was swift, so no one could catch Him. In the end Shridama says—“Hey Prabhu! You should go close to the one who is running to catch you

but you seem to run in the wrong direction! This is against your true nature. Lord!”

The devotee who tries to catch you or the one who chants your name on the mala and then expects something in return, like give me a son, or give me wealth,

it is alright for you to dodge him. You are free of desires and so you honor only those who have no desires. We have approached you without any selfish desires.

Please do not avoid us for we are devotees with no desires.” 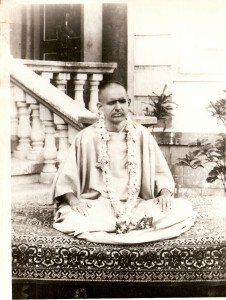 Another meaning that comes forth is –“Hey! Krishna, you are only caught by the strong. When Bali caught hold of your feet in the Paatal Lok you were unable to do anything.

You would have had to be the guard all your life!”

Shri Krishan replies—“Hey Shridama you have spoken the truth. You have remarked that I let go of those who catch my feet but I can vouch and say that until

now no one has ever caught my feet. Those who even merely desire to catch my feet are instantly accepted by my wife ‘Mukti’.”

The Lord tries to say that the devotee does not get a chance to catch His feet as Mukti takes them away. Shridama could not resist replying.

He said: ”You are saying the truth but it does not seem that your wife Mukti takes them away instantly because you have two wives –

Mukti and Bhakti!  Mukti may be our Mother but not the one who has given us birth! Bhakti Maata is the true mother who gives birth to a ‘devotee’.

Mukti is the co-wife of Bhakti and thus our step mother. Mukti Maata had taken away great devotees like Dhruv and Prahlad even before

Bhakti Maata could know and hence ever since Bhakti Maata came to know the truth, she saw to it that ‘Mukti’ is banished from Vrindavan.

Since then our step mother Mukti has disappeared from Vrindavan!” 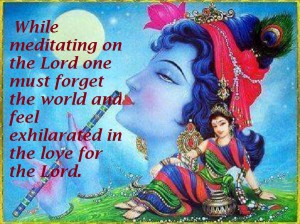