The Miracle at the Hanumanji Temple -VED MANDIR Ahemdabad

The Miracle at the Hanumanji Temple at the VED MANDIR Ahemdabad 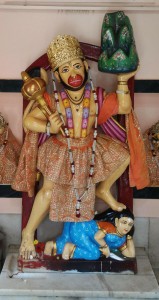 Compiled in Hindi by  by Smt Ratan Ben Fojedar 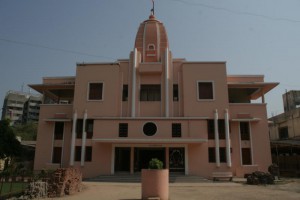 On 7th of October 1977 the Mahant of Ved Mandir Shri Sevaramji left for his heavenly abode and Gurudev traveled to Ahmedabad because of this sad event.

Avdhoot Swami Sevaramji had been ailing since several days . He was beyond body identification and a great tapasvi—a true Avdhoot.

In this Kaliyug there are very few people who bear the bodily pains with a smile. Swami Sevaramji could treat small illnesses by himself. The body is after all something that will not last for ever and will certainly perish one day.

Avdhootji’s illness lasted for a long time .There was a lot of phlegm in his body .His disciple Swami Ravi Muniji insisted and eventually put Swamiji in a hospital.

A devotee sometimes makes God comply to his wishes , so there is little wonder that sometimes a Guru too listens to his disciples .

The body had to deteriorate and finish . In the hospital too the medicines had little effect.

Swami Ravi Muni ji consulted a devotee Shri Anandilal Fadujaji  who was also concerned with Swamiji’s health. They made plans to shift Swamiji to Bombay and they left for Bombay by train soon after. 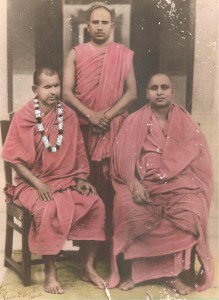 How can one know the wishes of the Lord? Avdhootji spoke to both of them till the train reached Borivilli station but Swami Sevaramji eventually left his body before the train arrived at Dadar station.

This was a difficult situation . Shri Anandilal ji knew all  rules and regulations and was a very capable person. Swami Ravi Muniji also managed the crisis in an efficient manner with total patience and  skill.

They removed the body from the train and informed the devotes of Bombay by telephone.

Shri Govind Bhai, Shri Murldhar  and Purshottam Bhai reached the station and with the aid of traditional methods of preserving the body  the mortal remains of Avdoot ji were taken to Ahemdabad from Bombay by truck.

This sad news spread in the city like wild fire. Thousands of  people came to the ashram to pay their homage to Swami Sevaramji and have his darshan. 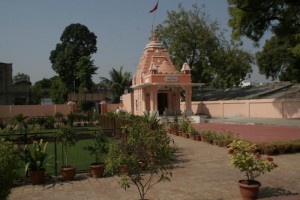 At that time there was a strange miracle . In the front courtyard of the Ved Mandir is the temple of Sankat Mochan Maharaj ji. In that temple Shri Hanumanji  is present in His ‘Saakshaat’ form.

Shri Avdhootji’s Ishta Dev was Hanumanji and when Avdhoot ji left his body there were tears flowing from the eyes  of the murti in the temple.This lasted for a few hours and not a few seconds!

The news spread and lakhs of people came to the ashram to witness this strange phenomenon. The crowds thronged the ashram all day and all night.

The newspaper reporters of prominent daily newspapers arrived at the ashram to see for themselves. The next day. newspapers like Jan Satta and  Sandesh carried this news and after the publication lakhs of people from neighbouring villages and cities also came to the ashram. It became like a small Kumbh Mela. The news soon spread all over Gujarat regarding the miracle at Ved Mandir.

On the 3rd day a Shobha Yatra was carried with the body of Swami Sevaram ji . The remains were offered to Maa Narmada with complete rites and rituals,

Avdhootji’s body went away but his character left an indelible mark. He was a true devotee a great Guru Bhakt. 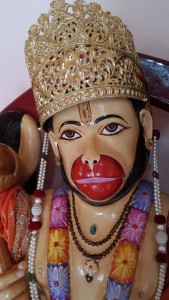 He was the caretaker of the ashram in Ahemdabad and he impressed many devotees and saints with his sincerity.

He was kind and charitable and was very fond of making everyone eat at the ashram .He was affectionate and was pleasant in conversation.

He was a true saint . A Vibhuti  and that is why Bhagwan Hanuman Ji also shed tears on his death.

Nowadays Shri Ravi Maharaj ji manages the ashram and as he was Avdhoot ji’s disciple and he is also  equally capable and humble like him. He has brought fame and glory to the ashram by his expert management of Ved Mandir. 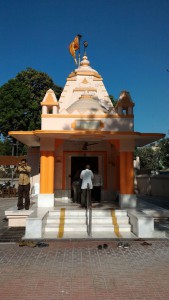 On the 27th there were Vedic Recitations by learned scholars of Vedas. This was followed by pooja and dakshina to scholars .

The Acharya of the Vallabh Sampradaya also came to the ashram on the 18th of October and the Prime Minister of India Shri Morarji  Desai  inaugurated a Ved Parishad at the Prem Bhai Hall in Ahemdabad. He offered flowers to the Ved Granth . Gurudev Swami Gangeshwaranandji gave pravachans in the hall. In the evening Sriman  Narayan Ji arrived at the Ved Mandir to meet Gurudev.

On October 23rd there was another Bhandaara and this was attended by 2000  saints and 3000 devotees. Swami Ravi Muni Ji worked hard and the programme was conducted with expertise and completed successfully.