The Clever reply of the Gopis to the Lord

from the book : ‘LEKH Aur UPDESH”    Compiled in hindi by Smt.Dhiruben Patel

The Lord accused the Gopis of trespassing all Dharma. The Lord says that you have made three mistakes:

The Lord wants to know the extent of their renunciation.

“Lord, we have given up everything and come at your feet, why do you say such harsh words? You should love all your beings just as Adi- Narayan Bhagwan loves all His beings.

O Lord ,why do you use such harsh words. Our hearts are bruised with your unkind words. We have sought refuge at your feet, giving up all relationships. We have also given up all desires.

‘Mumukshus’ sacrifice everything to be at the feet of the Lord and God accepts them.

We are also ‘Mumukshus’ (desirous of liberation) and so it is not right that you have not accepted us. We are not infatuated by you but are your sincere devotees.

You have said in the Geeta (Chapter 4):

(The Lord says, Arjuna howsoever men seek me I approach them the same way.)

You have made this rule yourself so please do not digress from it. According to this rule you love all those who love you. A king does not break rules that that he himself makes because if he did that, his subjects would oppose him. Since you are breaking   your rules we too shall voice our thoughts.

We have come to serve you even though our main duty is to serve our husbands.

Have you not yourself said that those who come to me need not worry about anyone or anything? Did you not think about all this when making these rules? We have come to Banke Bihari, so we have not broken any rules. There is no room for sinning here.

You break your own rules and that is not right.

(The Geeta endorses this allegation of the Gopis in Chapter 7 verse 15.)

Those whose wisdom has been carried away by Maya, and who have embraced the demoniac nature, such foolish and vile men of evil deeds do not adore me.

Those whose discrimination (vivek) has been destroyed, and those who do not follow Ved Shaastra and Guru’s instructions and disbelieve in God, karmas and rebirth are called ‘Nastik’. They harm others and thus cannot reach me due to their demoniac frame of mind.

In the Geeta it is repeated several times.

Even if the vilest sinner worships me with exclusive devotion, he should be called a saint. (He is positive in his belief that there is nothing like devoted worship to God.)

Speedily he becomes virtuous and secures lasting peace. Know it for certain Arjuna that my devotee never fails.

Arjuna, women, Vaisyhyas (members of the trading and agriculturist class), Sudras (those belonging to the labor and artisan class), whoever they may be, taking refuge in me they too attain the supreme goal.

Usually a lady’s mind is more outgoing and that is why the Lord mentioned women in the above shloka. We notice that in our everyday life.  A wife will somehow convince her husband to buy whatever she fancies. Normally items of Rajo Guna are dear to women.

Temperaments of the Vaishyas and Sudras are also outwards and they normally prefer to walk on the ‘Pravritti Marg’ (the route to the worldly affairs). This shloka confirms that even those who are by nature engrossed in sensual objects are sure to reach the Lord if they approach Him.

What can we say about Brahmins and Raj-Rishis then?

It is the duty of the Brahmin to renounce sense objects and remain calm and collect all kinds of knowledge, thereby washing off all distractions of the mind.

Such great Brahmins pave their way for mukti much before they meet their mortal death, so that they are saved from re- birth.

The Kshatriyas are the wealth of the nation and work for the welfare of the country. Parents and even their wives cannot stop them from giving up their lives for the nation. A Kshatriya does not care for past times. When he hears that his country needs him, he may even abandon his newly wedded wife. He bravely and smilingly gives up all his desires for the country. These two are the only ones who inspire us- the ‘Tyagi’ and the ‘Yogi’ and the brave soldier who gives up his life for the nation. 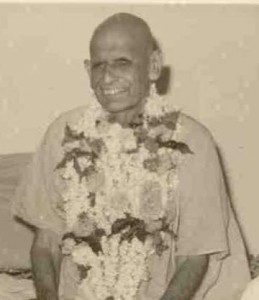 In the 7th Chapter of the Geeta, Bhagwan says that the sinner and the deluded person do not get me. Then again in the 9th chapter, He says just the opposite—- The one who approaches me is sure to unite with me even if he is a sinner.
Both sentences seem contradictory. Let us reflect on them.

There are four kinds of emotions:

“I shall be rich, make bungalows, be the happiest person having plenty of cars and not require moksha. I do not need to meditate on the Lord.” People having this emotion are called sinners.

“I will not spoil my life in the next Loka even if I have to go hungry, naked, be poor or be humiliated. I may be surrounded by calamities but yet will not budge from the path that will take me to the higher plane (Loka)”. This is called the emotion of Param Swarth.

Raja Harischandra endured pain and worked in the crematorium at the command of his Swami.  His dear wife brought the corpse of their dead son in her arms. A stone also would have moved to tears, but Raja Harischandra had no tears. This was because he remembered the instructions of his Swami.

When one disobeys his Swami it can spoil the journey to the next Loka.

This is ‘Param Swarth’.

When the world seems to be full of grief and people seem to be in trouble, the act of showering your own life, wealth and self to protect them is called ‘Paropkaar’. Such a person forgets himself and thinks only of others. 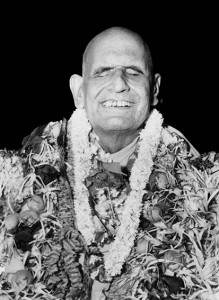 ‘Param Paropkaar’ is when thoughts of one’s own self are set aside for the welfare of the family (kutumb).

The queen Mandalasa protected her sons from the greed of acquiring the kingdom because she knew that if they got entangled in the pleasures of royalty, they will go astray. The path to renunciation is better than getting entangled in amorous activities which lead to hell. She made her sons great ‘Tyagis’ with her inspiration.

Raja Gopichand’s mother saw her son flocked by beautiful women. They were bathing him. One was rubbing perfume and the other was massaging him. The mother had tears seeing this sight for she knew that he was spoiling his future. By doing this he could never obtain a higher Loka after his death.

Her warm tears fell on Gopichand while she watched him from the terrace. He saw her weeping and inquired about her sorrow. She told him that his future looked bleak if he continued these amorous activities. These pastimes were like a dream that last for only a few minutes.Gopichand was deeply moved by her words and became a ‘Vairagi’ (renunciate). To think of the welfare of the family and to put them on the path of sadhana (prayer) is ‘Param Paropkaar’.

Considering these four emotion, the contradictory statements of the Geeta are reconciled.

People who sin for their individual needs and break all rules of dharma do not get me. Those who disobey the rules of dharma for a higher cause are sure to be reunited with the Lord.