The mix of all emotions in  Ras Leela

From The Book “ Lekh aur Updesh “

When all pleasures are present at any one place, we call that ‘Raas’

In poetry there are the following emotions:

These nine ‘rasas’ (emotions) are commonly accepted as the palette of all emotions. Writers of literature have also included ‘Vatsalya Bhav’ (a parent’s love for their progeny) as the 10th ‘ras’.

He says that it is an oversight by writers of literature to not include the emotion that a devotee has for the Lord.The main ‘ras’ is actually ‘bhakti ras’. This fundamental emotion can be mixed with other emotions or ‘rasas’ or it can also be found in its pure form.

Whatever may be the degree of bhakti , it can be still called the most important endeavor a man makes. The other  worldly pursuits like ‘artha’, ‘dharam’, ‘kaam’ and ‘moksha’ seem insignificant in comparison.

The divine love for the Lord can be expressed in any one or more of the above and can establish a bond with Him. I think it is necessary that I should first explain these emotions to you or else you will not be able to understand the mystery behind ‘Raas Leela’. All the above ‘rasas’ are reflected in the ‘Raas Leela’ in their true glory.

A husband’s love for his wife or the wife’s love for her husband is love that is ‘rajasic’ in nature. The pinnacle of their ‘rajasic’ love when experienced is called ‘Shringar Ras’.

‘Hasya’ makes us experience ‘Param Anand’ (Supreme Joy) and when it is within the limits of culture and etiquette; it fills our inner being with an emotion equivalent to a miracle. This emotion normally used to enjoy the world, is also used by a devotee in his relationship with the Lord.

There is a continuous flow of love between the two and the devotee can even scorn at the Lord in jest. 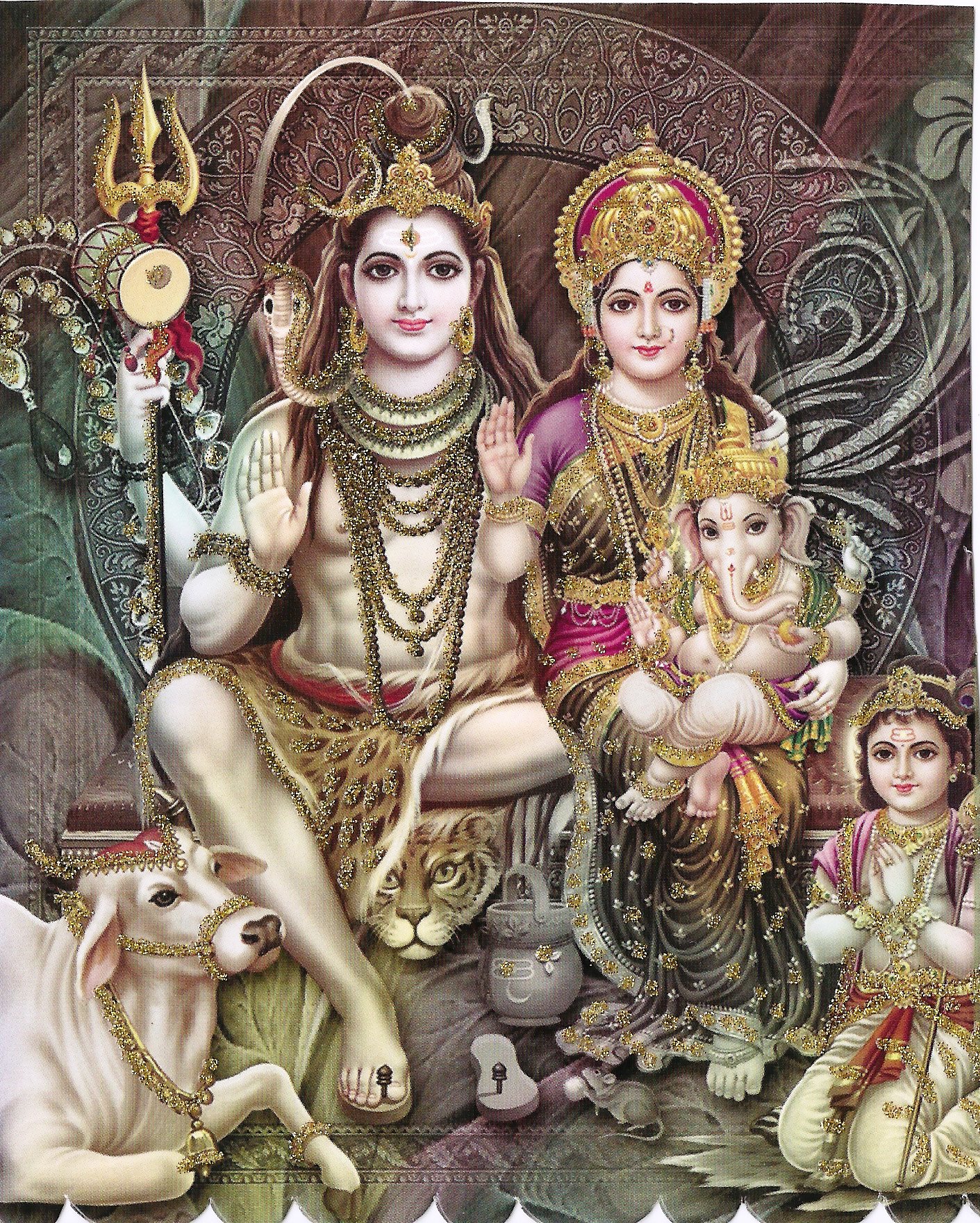 The following dialogue between Lord Shiv and His wife Shiva can make you experience ‘Hasya Ras’.

One day Lord Shiv left home without informing Parvati. He found the door locked when He returned at night. When He knocked at the door the following dialogue took place-

Parvati misunderstand the word ‘Shooli’ and wonders if He is suffering from an illness called shooli and asks Shiv to go and see a physician.

Shiv (gives another introduction now):  “O! pyaari( beloved)know me as Neel Kanth ( the one with a blue throat).I have swallowed poison for the welfare of the world and thus my throat has turned blue”.

Parvati (continues joking) –“O! So you are a peacock! Why don’t you make me hear your sweet voice?”

Shiv-“I am ‘Pasupati’ (the Lord of the innocent jeeva who is bound by the cycle of birth and rebirth)”.

Parvati-(She interprets the word as ‘Saangh’ the animal) “O! So you are a ‘saangh’ that has two horns. I cannot see any horns on your head!”

Shiv-(Understands her tricks and continues the joking). “I am ‘Sthaanu’, a Brahmin without any attributes just like the Nirvikaar ParBrahmn.”

Parvati was now enjoying this and was not yet going to give up! She misinterpreted the word ‘Sthaanu’ for a dried up tree trunk and said-“If you are a dried up tree then how come you are able to talk? Trees do not talk.”

Now Lord Shiv was quite exasperated and told her that she was misinterpreting everything.

Shiv-“So why don’t you consider me to be the husband of ‘Shiva’ (Parvati)”.

Parvati (still at her jovial best)- “ So if you are the husband of Shiva( a she-jackal) then why have you come here? Go to the jungle.  Go and cry hakku-hakku there.

The poet says , thus Lord Shiv is speechless and defeated and hopes by way of this dialogue  we have  understood the meaning  of ‘Hasya Ras’. 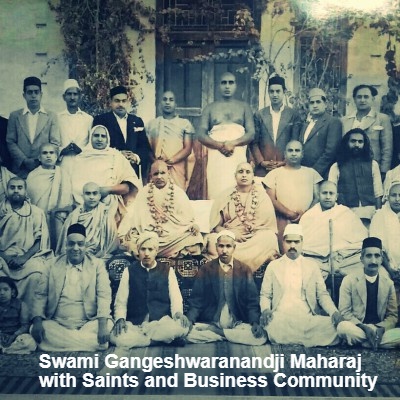 Devotees usually pray to the Lord in this emotion, when totally immersed in devotion. When grief overwhelms and makes us cry and hysterical, we become still.

A certain divine magic seems the descend and with that effect the devotee becomes motionless like a statue. This is called ‘Karuna Ras’.

Shri Ramchandraji was to be crowned as king the next day and the people of Ayodhya were overjoyed. There was a wave of happiness on everyone’s face.

The next morning Shri Ram was sentenced to a fourteen year banishment to the forest by His father.Sri Ram went to His mother Kaushalya to bid her farewell.

She was oblivious of the sentence and continued to shower her love and joy on her son.

She says-“Son how much time is there for the Raj abhishek (coronation)? Go and get ready immediately. Everyone is waiting for this joyous moment.”

Bhagwan Ram tells her that He has been given the kingship of the forests and has to come to take leave.

“Son, I am not asking you to disobey your father but why don’t you stay a while longer on some pretext. I will send a sevak so that he can show you the way because

I know that you are not familiar with the route.”

Lord Ram says-“Mother, it is the desire of my father that I go alone, without an attendant.”

She says-“Son I will not be in the way of your father’s orders, nor will I recommend you to disobey him, but I will send an attendant with you whose presence will be unknown to all.”

Ram wants to know who that would be.

She says-“O! Loving son I shall send my ‘prana’ ahead of you to show you the way.  I have visited many Rishis and Munis in the deep forests so am familiar with the way.”

This emotion expressed here is that the mother’s prana   would be ahead of the son to guide and protect him. Hearing this, people around her are struck with divine and magical grief.

This ‘Karuna Ras’   can be also understood with another example.

A deer was surrounded by tigers but he managed to flee. The tigers pursued the deer and he was lost in the jungle amongst unknown   territories.

He laments-“To save my life I have fled from the land where I grew up. The grass that I  grazed on and the trees that  gave me shade were my friends ,

I have been a coward and run away from them without showing my gratitude . It is more shameful that I have left my wife alone to fend for the young ones.

A wife is a pillar in a marriage. I have shown my ungratefulness just so that I could save my skin which is anyway going to die one day. The tigers pursue me by following my footsteps.”

The lamenting of the deer makes his friends experience ‘Karuna Ras’.

This example also explains that death pursues us even though we try and run away from everything (just as the deer fled).

Hazrat Moosa ran away from the forest when informed about his

impending death. He nevertheless met his death when he was buried in between two mountains when an earthquake struck. We cannot run away from death

and if we have to escape death we have to remember the Lord who is all powerful and by doing that one can be freed from the noose of death forever.

The fear of death made Rishi Markandeya take refuge at the feet of Lord Shiv and   became immortal by His grace.

In the earlier story, the deer requests the tiger to eat her whole body but to let the breasts be there so that she could nurse her young ones who were not able to eat grass as yet.

She agrees to come back after feeding her babies so that the tiger could eat her up. She tries to put the fear of death in the tiger so that he has some pity on her.

“Remember there will be a day when I would eat your skin!”

The learned say that what we eat in this life eats us in the other life. The ‘praani’ that we eat here will eat us in ParLok.

When renunciation reaches its epitome, it can give pleasure that can be described as ‘Shant Ras’.

A devotee prays for equanimity. He prays that may he see no difference between a snake and a necklace, a flower bedecked bed and a stone, a gem

and an iron piece, between a friend and a foe, and between grass and woman.He longs for the day when he is able to sit in padmasaan in the forest and chant Shiv, Shiv.

A life free of raag-dwesh and a state in which the name of the Lord can be chanted can be called ‘Shant Ras’.

A king called Kauru was very greedy. In Arabia in the olden days, the dead were buried with a rupee and a quarter in their mouth. His intense greed made him dig

out the bodies and remove the coins from the mouth of the corpse. A Mahatma saw this sad state and decided to correct him. He offered him a needle but the king

refused to take it saying that the useless needle woud not go with him when he died. The Mahatma explained that the forty crores worth of wealth would also not

go with him in the same manner.

Even the world conqueror Sikander/Alexander was unable to take any of his conquests. He had ordered that his hands be left out from the coffin to show

that nothing could go with the dead. His mother went to the grave and cried for him but to no avail. A voice echoed and asked her which Sikander

was she seeking as there were lakhs of Sikander buried there.

This opened the eyes of King Kauru and he left the greed of money and plunged in deeds beneficial for the people. Thus his life in Parlok was better.

Inspite of knowing everything the world still is in the grip of maya.

In good times, all duties are forgotten and in the end ‘kaf’ ,‘vat’ and ‘pitta’ strangle the throat and then the jeeva laments-

“I did no charity nor took the name of the Lord, nor served the sick and needy. Forgive me O! Lord”.

“I did not get anything from running here and there. Nor did I get love from those to whom I gave love to. On contemplation I discovered

that this world is unreal (mithiya—that which is there and yet not real). The gist of the whole life is to pursue Atam darshan .

This state of Shant Ras makes one experience Universal Love.